Denise Welch’s annual Charity Ball will be returning for it’s 15th year later this month, just a few weeks after Karen Johnson, Founder of the GEM Appeal is named Pride of Britain.

The evening will be held at EventCity in a purpose built starlit room on 19th November, and will fundraise, as it has from the very first one, for Rochdale based charity, the Gem Appeal.

Rochdale mum Karen Johnson, who raised millions for charity after losing both her sons to a rare genetic illness, won the national Special Recognition Award at the Pride of Britain awards on Monday evening.

Karen lost both her boys – Simon and Mikey – age 12 to Hunter’s syndrome and set up The GEM Appeal to fund research into the disease.

Denise has been fundraising for the charity since its early days and holds a celebrity balled every year to raise funds and awareness. This year the ball is set to welcome some very special guests with a one-night-only performance by the Professionals on Ice, made up of the professional skaters who have appeared on ITV’s Dancing on Ice.

Denise was a contestant on the sixth series of Dancing on Ice in 2011, and will be calling in her friends from the show for a unique act, which is set to be in keeping with this year’s theme of ‘Christmas in New York’.

The ball, which is organised alongside Cheshire based events company Entertainment Today, is always known to be a hive of celebrity activity, with famous faces from stage, screen and football leading the way. This year, the organisers have promised the biggest yet for the 15th anniversary and a celebration for award winning Karen.

Julie Arnold, Managing Director at Entertainment Today said, “We are absolutely delighted for Karen and her award win. It’s incredibly well deserving and it would absolutely top off a wonderful year for the GEM appeal if we can make this year’s ball the most successful yet – which it certainly seems set to be!” 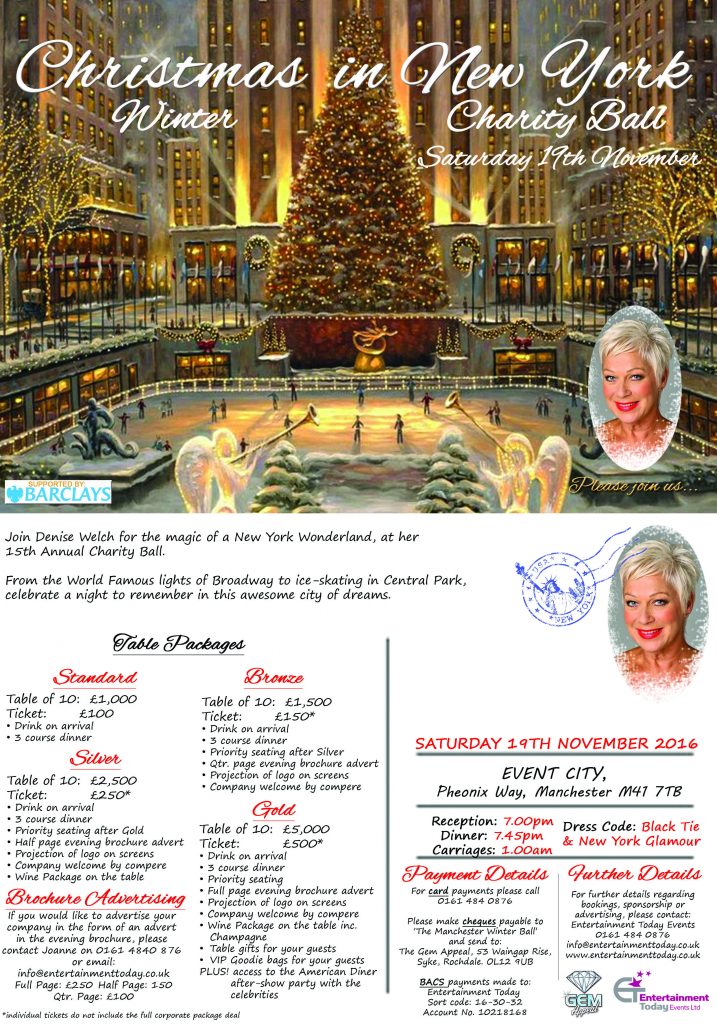